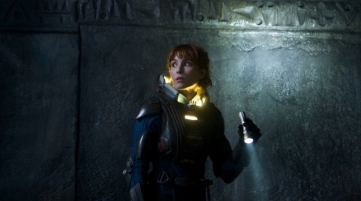 The last thing the Alien franchise needed was another sequel. Or, for that matter, another mandible-crunching clash with a Predator. Still, after 1997’s divisive Alien: Resurrection, rumours of an Alien 5 were more persistent than a Facehugger with a crush. Sigourney Weaver didn’t help matters, repeatedly pledging her allegiance to keeping the franchise alive.

Just last year she spoke to Moviefone about returning one last time to round off Ripley’s story. “I would have liked to do one last story where we go back to the planet, where Ripley’s history is resolved,” she said. Sadly, the likelihood of that happening is looking bleaker by the year. “I doubt [it will happen] just because the way the industry is,” she added. “While I can’t speak for them, I think for Fox, once you’re 60, you’re not going to be starring in an action movie. I think it’s too bad that that’s the case.” Another reason it’s unlikely to happen? Ridley Scott’s going back to “the planet”, or LV-426, himself, and he’s left Ripley at home…

Read the full article at TotalFilm.com

As director Ridley Scott preps another Replicant run-around, Buzz tells him what we want – and what we don’t – in Blade Runner 2…

Ridley Scott is back! Almost 30 years after the Brit director last birthed a sci-fi, he’s returning to the scene of his last hi-tech epic by taking the reins on a new Blade Runner movie. With the rights snapped up by Alcon Entertainment, details on the potential prequel/sequel are harder to find than iron-fisted Replicants. Harrison Ford’s two cents? “If they go into it with ambition and bring something new to it, maybe it’ll be successful.” According to Alcon producer Andrew Kosgrove, though, Ford won’t be playing Deckard again. “This is a total reinvention,” he says, “that means doing everything fresh.” Leave it to Buzz to rustle up some helpful suggestions…

DO get Vangelis back to score
The Greek composter’s nervy, electrifying score for the first Blade Runner infused Scott’s fractured future Los Angeles with twitchy, mesmeric sounds. The last big budget film Vangelis composed for was Oliver Stone’s floptastic 2004 Alexander – like Scott, it’s clearly time for this guy to get back into sci-fi.

DON’T bring back Deckard
We love Harrison Ford. You love Harrison Ford. But do we really need to play the Crystal Skull card? Resurrecting beloved characters is dicey enough, and we like Deckard just the way he is. Besides, his story’s done – we don’t need an answer to the ‘Is Deckard a Replicant?’ conundrum. We just don’t.

DO hire Tom Hardy
Scott enlisted Michael Fassbender for Prometheus, so he obviously has an eye for brilliant burgeoning talent. Next on his list should be Tom Hardy. You want a grizzled anti-hero with soulful eyes and brawn to match the brains? Hardy’s your man. Get on the blower quick, though – he’s a busy guy.

DON’T make an action blockbuster
Blade Runner isn’t a blockbuster. In today’s money, it cost a modest $62m to make, putting it way behind Avatar ($237m) and even next year’s Total Recall reboot ($200m). Any new Blade Runner movie should understand what made the original tick – taut storytelling and memorable characters. And the odd fistfight.

DO keep the same aesthetic
Sadly, Blade Runner cinematographer Jordan Cronenweth died in 1996 – but his elegant work on Runner should remain an important touchstone for Scott’s new film. We’re talking shabby chic aesthetics and mega-moody lighting. Legendary concept artist Syd Mead, who was pivotal in designing Runner’s city and vehicles, is also a must.

DON’T make a prequel
Prequels are tricky to tame. Rise Of The Planet Of The Apes did good earlier this year, and Scott’s own Prometheus looks mind-blowing – but for every X-Men: First Class there’s a Phantom Menace. Let’s push the story forward – anybody else interested in seeing what a Nexus 7 could do?

DO recruit Damon Lindelof
If JJ Abrams vouches for him, we’re all for it. Lost writer Lindelof helped Scott transform an iffy Alien 5 script into Prometheus, and on the evidence we’ve seen of that film, he’s done a bang up job. He also managed to concoct a fan-pleasing reinvention of Star Trek. Get him a pen pronto.

DON’T over-egg the CGI
We’ve already talked aesthetics, but let’s hammer this one home. Runner doesn’t need big impressive CGI landscapes or flashy CG set-pieces. Scott did perfectly well with his practical effects in ’82, and if he wants to craft a decent follow-up, he needs to use CGI wisely. Ridders, we trust you.

Essential Element: Rainy imagery and neon-blushed cityscapes. Is it too much to ask that each issue also comes with a Vangelis CD? 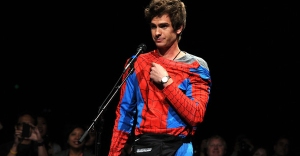 Every year, the San Diego Comic-Con – to embrace geek speak – shoots by faster than a speeding bullet. And the 2011 Con was no different, with four whirlwind days of nerdtastic programming screeching by at a breathless pace. Most of my time this year – as with in 2010 – was spent in the dark and hallowed Hall H, where all number of fantastic panels rolled out stars and exclusive footage. Even films that I had no interest in (uh, Underworld 4…) had their plus points (in that case, an on-form Kate Beckinsale).

Highlights? Clear frontrunner The Amazing Spider-Man took the biscuit with its exclusive clips and exhaustively entertaining panel (Andrew Garfield, Emma Stone, Rhys Ifans, director Marc Webb). Snippets showing off Garfield both as Peter Parker and Spidey himself had a more-packed-than-ever Hall H heaving with whoops and cheers, as the webhead reboot proved that Webb had a perfect hold on the dark drama as well as the more comic-book-y humour.

Not only that, but we got our first glimpse at Ifans as the villainous Lizard – replete with the CGI antagonist’s stunning reveal. Sam Raimi’s trilogy clearly has its fans, but after seeing this footage, I’m more than confident that Webb can blow Raimi’s increasingly-dated movies out of the water.

The other main standout of Comic-Con 2011 was the eagerly-anticipated panel for Prometheus. Though director Ridley Scott and star Noomi Rapace couldn’t make it, they still showed fans some loving by speaking live via video link from Iceland, where they were completing the final week of shooting on the sort-of Alien prequel.

In Hall H, writer Damon Lindelof and other star Charlize Theron traded banter, before presenting the first ever footage from the flick. And even though the film’s not based on a comic book, the images chucked our way were a marvel. Scott’s crafted a film that – while not a direct prequel to Alien – is visually and stylistically linked to it. From the sliding Alien-like title card to the set design and music, all Scott’s talk of Alien DNA suddenly made sense.

Charlize Theron was also part of another stand-out panel, this one for Snow White And The Huntsman. Joining her castmates Kristen Stewart, Chris Hemsworth and Sam Claflin on-stage, the quartet had apparently only met on the plane to the Con, but were already trading barbed banter like pros.

The film hasn’t started filming yet (it starts shooting this week here in the UK), but director Rupert Sanders still managed to wow the crowds by debuting images of the cast in their Snow White costumes… 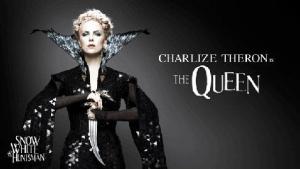 Not bad, nuh? Equally impressive was the mood piece that Sanders had crafted for Universal to show them his vision for Huntsman. Though it was only shot in three days, the short film contained some stunning images, and hints that Sanders’ version of the fairytale will be both visually rich and forboding in tone.

Elsewhere at the Con, Nic Cage showed off some surprisingly gritty and exciting footage from Ghost Rider: Spirit Of Vengeance, the cast of Knights Of Badassdom chucked us the film’s first trailer (which hinted it’s on a path to definite cultdom), Steven Spielberg revealed we’re getting a Jurassic Park 4 in the next few years, the Twilight stars unveiled some decent footage from Breaking Dawn, and Kevin Smith hosted his annual ‘An Early Evening With…’ one-man show, soaking up the love from thousands of adoring fans.

Nowadays, people like to say that life begins at 30. Not so in Logan’s Run, which presents a utopian future (the 23rd Century, apparently) where members of society live entirely for pleasure – until they hit their 30th year and are ‘renewed’ (read: blown into smithereens). Making sure that nobody does a literal runner before their time’s up are ray gun-carrying ‘Sandmen’, among them Logan (Michael York), who’s just been drafted in to go undercover and destroy a rumoured sanctuary for those life-loving rebels.

Not that that’s a bad thing. Logan’s Run is old school sci-fi that strikes a perfect balance between spectacle and ideas. Crucially, unlike most modern day fare, Run’s flash and bang is all borne out of the story (apart from the ray guns, they’re just cool). The film’s stand-out stroll through a Washington reclaimed by nature even pips I Am Legend to the post decades in advance, while echoing that classic shocker ending from the original Planet Of The Apes.

Of course it’s dated – in places quite badly. But while the costume design and fitful bursts of cheesy over-acting are easy giggle-inducers, they also add to the film’s charm. And when you’ve got a hero-heroine pairing as earnest as York and Jenny Agutter, it’s difficult not to get swept into the high camp adventure of it all.

Meanwhile, for those suffering a serious case of CGI and 3D fatigue, Run’s deliciously archaic approach to special effects are a real thrill. From exceptionally-detailed miniatures to beautiful matte paintings and richly evocative lighting effects, Run is a treat for the eyes. There’s also a fantastically grisly set-piece involving a Bondian laser fight and Farrah Fawcett that holds up to the 21st century’s exacting standards.

One of the most interesting things about revisiting old sci-fi is seeing what the filmmakers got right and wrong about the future. While we certainly don’t have ray guns or giant teleporters (yet), Run’s flashy plastic surgery workshop, spliced with concerns about youthful vitality and Big Brother paranoia, show just how relevant the film remains even today. 4/5

“It’s daring, visceral and, hopefully, the last thing anyone expects,” raves Lost and Cowboys & Aliens writer Damon Lindelof. And rave he should; he’s just inked the script for Prometheus, Ridley Scott’s inscrutable new film and the director’s first sci-fi expedition since 1982’s Blade Runner. Originally set up as a prequel to Scott’s own genre-defining ’79 Alien, Prometheus has now (xeno)morphed into its own standalone beast. “While Alien was the jumping off point,” confides Scott, “out of the creative process evolved a new, grand mythology. The ideas tackled in this film are unique, large and provocative. I couldn’t be more pleased to finally return to this genre that’s so close to my heart.” Just what an Alien-inspired sci-fi has to do with the shamed Greek Titan Prometheus is anybody’s guess, though with original Swedish Girl With The Dragon Tattoo actress Noomi Rapace starring, we’re chomping at the bit to find out. Welcome back, Ridders.