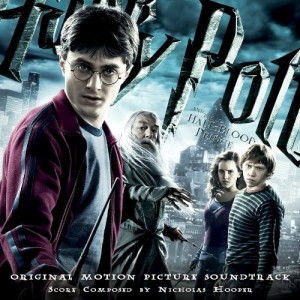 Fashioning a foreboding, violin-quivering air of disquiet, Nicholas Hooper’s second contribution to the musical world of Harry Potter signals dark days to come. From its opening gasp, first track ‘Death Eater Attack’ establishes the tone – sombre, expectant, moody – while strings swell and sigh through ‘Snape and the Unbreakable Vow’, ‘The Drink of Despair’ and ‘Dumbledore’s Farewell’. ‘Wizard Wheezes’ ushers in a brief, kitsch ‘40s edge, while ‘Living Death’ offers a spritely, xylophone-tinkling breather. But emphasis is firmly on the gloom for Potter’s penultimate year at Hogwarts. Group hug, anyone?

Never judge a soundtrack by its cover. Hot pink punk artwork lends LVK a grunge edge, but composer Debbie Wiseman instead opts for dead straight. Ahem. Taking her cue from Buffy and Hammer, Wiseman plays up the orchestral epic – violins tremble, cellos bellow and choirs mourn “oohs” and “aahs”. Only the track titles bite at convention, with crackers ‘Run You Bellends!’, ‘My aXe Girlfriend’ and ‘Whores of F***ing Hades, Prepare For F***ing Death!’. Still, the sonorous riffs are fittingly Gothic in scope, if wretchedly repetitive, rendering this disappointingly toothless.

Disney’s finest animated feature in a decade? Howl yeah! But what’s this? Not a single ironic ‘Hound Dog’ or ‘Who Let the Dog’s Out?’ in sight? Perhaps a spanner in the wit wheels at the soundtrack-making factory erased all the wink-wink mutt tracks. Distressing when the alternative is Miley Cyrus and John Travolta mounting opening howler ‘I Thought I Lost You’. Luckily it’s composer John Powell to the rescue, his original score comprising 90% of this CD. Generating a pseudo ‘Greatest Hits’ of past work, Powell pumps his Bourne muscles for ‘Bolt Transforms’ and ‘Scooter Chase’ (which wouldn’t sound out of place on a techno dance floor). Elsewhere, he channels Shrek whimsy (‘New York’) and United 93 sincerity (‘House on Wheels’), fostering a varied if not massively original sound. No dog’s dinner, but not quite top musical mutt.

Predictable as punch. Oh, not the soundtrack to Wall•E. No, we’re talking about the media hoo-ha that smothers every new Pixar product – hoo-ha that focuses primarily on the eye-watering pixelated glory of Lasseter and co’s latest visual treat. Of course, Lasseter and chums are more knowing than that – what are visuals without volume? Rubbish-clearing a neat path between old classics (Louis Armstrong’s ‘La Vie En Rose’ is to die for) and right-modern sci-fi string plucking, erstwhile robot Wall•E’s heart is firmly embedded in composer Thomas Finding Nemo Newman’s gentle, atmospheric tinkling. Harps proclaim the sleek wonder of ‘Eve’, ‘The Spaceship’ adds scale and blast, and ‘First Date’ provides a timeless, woodwind-fuelled dance among the daisies. Kudos also for the inclusion of cheeky corporate advert ‘BNL’. So… predictable?

Bubbly as a flute of Cristal (and just as frothy), the songs shepherding Carrie and co’s tangled love lives onto the big screen faithfully follow in the Fendi-steps of the series. Tracks from Kaskade and a remixed Nina Simone tap into the late-night raunch, while Fergie’s opening ‘Labels or Love’ riffs RnB-style on the show’s eponymous theme tune. Top dog, though, is India Arie, whose epic ‘Heart of the Matter’ segues into Bliss’ ‘Kissing’ to soul-rending effect. If the album’s first half is a cocktail of indie Gap ad sound-a-likes, it’s the second half that really takes things to town – featuring Al Green, Run DMC, and a surprisingly natty cover of Bee Gees’ ‘How Deep is Your Love’. Bowing out with a show-stopping movie-sized update of the opening theme, this is girly but Gucci-slick. Now, about that glass of Cristal… 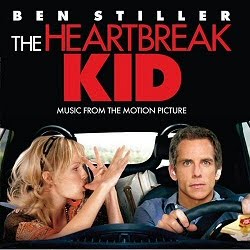 Welcome to Total Film’s Guide To Creating A Rom-Com Soundtrack. Step One: open with something loud and snazzy to seize your listener’s attention. The Flaming Lips are a pretty sexy safe bet, with their belting guitars and trippy mixing. Step Two: blend in some old classics for nostalgia’s sake. Take care not to place these after something like the Flaming Lips, though – Buva’s ‘First Cut Is The Deepest’ is liable to sound its age. Step Three: chuck in some classic Bowie – he’s always good value. If possible, sprinkle a few of his tracks throughout to make the album sound classier than it really is. Step Four: Remember, American soft rock is always good filler. And so, dear student, follow these few, simple steps, and soon you too could produce a 14-track record befitting of a Ben Stiller comedy. Oh, wait… 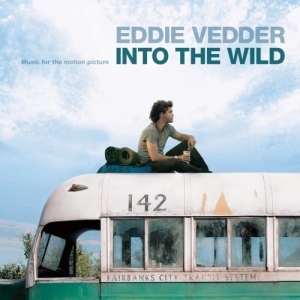 Two-for-ones are usually a bit of a dud – ‘buy Spider-Man 2 on DVD and get Catwoman absolutely free!’ Just what you always wanted. But rules are ripe for a-breaking, and if anybody can break them it’s Eddie Vedder. A film soundtrack by Pearl Jam’s very own front man? Not a chance. This is Vedder’s debut solo album, and the fact that it provides background noise for some Sean Penn flick is besides the point. Pared down to the bare essentials, Vedder’s music beats to the sound of pain remembered, dreams dreamt and days forgotten. One man and his mandarin, this is campfire stuff that cracks and pops with the dried-wood flames. The quivering vocals of ‘Long Nights’ and ‘Hard Sun (Main)’ swell with virtuosity, stirring even the hardiest soul. You’ll want to raise a lighter and sway. And you should.

The last weeks of high school, exhilarating and terrifying in equal measure. The leash of faculty power is loosening; the world, as they say, is your oyster. So how to musically emote such uncertainty? Roll out the 70s funk, man! Capturing Superbad’s humour and heart perfectly, warm 70s-inspired vibes – all excitable riffs and doped-up happiness – tap into the chaotic hormonal mindscapes of the burgeoning every-teen. Composer Lyle Workman re-united musicians of James Brown’s alumni to perform the orchestral score, and the resultant music pumps with the nervous energy of summer vacations spent road tripping and testing fake IDs. Top tracks ‘Superwhat?’ and ‘Sleeping Bags’ intermix the energetic and the contemplative. Trumpets toot, guitars glide, and before you can let rip a boomchikawowow along come Sergio Mendes’ ‘Roda’ and The Bar-Kays’ ‘Soul Finger’ to expertly punctuate the orchestral offerings. Super stuff.