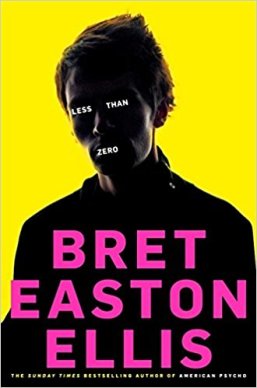 Hello fellow book lovers! Hope you’re having a spine-crackingly good 2019 so far. Back in November, I decided to get organised and plan out my next five reads. Having a huge TBR pile is wonderful, but often that means I have no idea what to pick up next, so setting myself a short reading list really helped me hang on to my sanity.

It worked so well, I’m making My Next Five Reads a regular thing, and here’s the second instalment…

Slayer by  Kiersten White
I’ve already read the first four chapters of this series-starter, which is set in the Buffy-verse, and I’m gripped so far. Buffy the Vampire Slayer was my first big SFF love, and it’s great to be back in that world, albeit in a different corner of it. I’m loving meeting the relatives of characters from the show (yep, there’s a Wyndam-Price), and Nina is an intriguing heroine. Can’t wait to see where this goes!

The Devouring Grey by Christine Lynn Herman
LOOK AT THAT COVER. I’m a sucker for neon at the best of times, and the UK cover for this spooky mystery gives me heart palpitations every time I look at it – and only partly because it reminds me of my favourite John Carpenter film, The Fog. This is Herman’s literary debut, so I have no idea what to expect, but if this really is (as the PR spiel goes) like Riverdale meets Twin Peaks, I may have found my favourite book of 2019. So excited for this one.

Red Snow by Will Dean
The first book in the Sweden-set Tuva Moodyson crime saga, Dark Pines, was on my previous Next Five Reads, and my copy of this – the second book in the series – turned up just in the nick of time. I’m a huge Swedophile, and I really enjoyed the moody(son) atmosphere of Dark Pines, plus Tuva’s a hugely likeable and realistically flawed heroine who I’m excited to learn more about. I’ve resisted reading the blurb because I want to be surprised, but I’m guessing this one’s going gory…

On The Come Up by Angie Thomas
Confession: I’ve had The Hate U Give for over a year and I still haven’t read it, so I’ll probably do a double whammy and read that, followed by On The Come Up, so that I can finally have an opinion on the phenomenon that is Angie Thomas. It’s been pretty remarkable watching Thomas’ profile soar; she’s clearly become the voice of a generation, and I’m excited to find out what she has to say.

Less Then Zero by Bret Easton Ellis
This was a birthday present from my Torn Stubs co-host (shameless plug: Torn Stubs is my movie podcast, please give us a listen!) and I’m both intrigued and nervous to check it out. I’ve never read anything by Ellis, but I have listened to his excellent podcast (he has opinions and he’s not afraid to share them), and I love the movie adaptation of American Psycho, which bodes well for this, his debut. Apparently it was really controversial when it was published in 1985. This could be wild.

Have you read any of these? What are your #nextfivereads? Drop me a comment below or on Twitter @JoshWinning.