Hello! I’m Joshua Winning and I write things. As I start work on a new book, I’m going to chart my journey from concept to completion. Wanna come? This week: ideas. 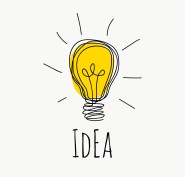 Is it possible to have too many ideas?

This is the problem: it’s been a while since I’ve started something new. Last week, my YA thriller Vicious Rumer was published by Unbound. In July, the third book in The Sentinel Trilogy – Splinter – is being published by Peridot Press. I’ve been editing both projects for roughly a year, with no time to write anything from scratch.

So the prospect of starting something new is both terrifying and exhilarating. I feel like a clown in a costume shop. Which curly wig will I choose? Which enormo floppy shoes will prove the most rewarding?

Most of the time, I’m worried I don’t have any ideas. But the weird thing is that, as I start thinking about what I might want to write next, I find I’m drowning in little proto-concepts. I’m talking tiny book nuggets that could grow into full manuscripts, or could merely be brain farts that amount to nothing more than smelly, passing distractions.

Apparently this is a problem lots of writers contend with. And it has a name: TMIS, Too Many Ideas Syndrome. There’s a great post at Writer’s Digest here about how to overcome the trauma of having a brain just TOO FULL of the good stuff.

I currently have four (yes, four) ideas kicking around in my head. I’m not saying any of them are good, and I certainly don’t want to be all ‘poor me, I have so many ideas and my diamond shoes won’t come off’. But I really want to write something new and I honestly don’t know which one of the four I’d enjoy writing most.

Ideally, I’d like to thrash out a first draft of something by December. Not because anybody’s waiting on me or anything, but because it’s good to keep the ball rolling. You learn by doing, right? And I feel like I’ve learned A LOT in the past few years.

So this is what I’m going to do…

Once I’ve done this, I’m going to leave them for a few days. And then I’ll figure out which one gets me most excited. I know, that’s a fair bit of work, so I’m aiming to have all four ideas plotted by mid-May so I can start writing.

I’ll report back in the next Win Bin.

Are you starting something new? How are you tackling the ‘ideas’ problem? Let me know below!