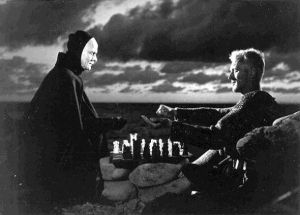 2. Let The Right One In (Tomas Alfredson, 2008)
In a cinematic environment rotten with rubbish vampire flicks, LTROI damn near revolutionised the genre. It may be bloody and savage (and at times downright weird), but it ebbs with an affecting melancholy that lingers long after that watery final scene has delivered its one-two pow-wow.