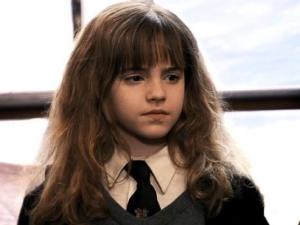 Harry Potter And The Philosopher’s Stone (2001)

The Film: If you’re going to be accused of anything, it might as well be for stealing the show. Such were the (no doubt entirely welcome) accusations hurled at Emma Watson for her debut performance as Hermione Granger.

Singled out by Potter author JK Rowling as a favourite for the role, Watson brought just the right amount of snooty nerdiness and warm vulnerability to the part of half-witch, half-human Hermione, who befriends Boy Who Lived Harry Potter.

Clever Clogs: Not only is Hermione the first one able to float a feather using magic (“It’s LeviOsa, not LeviosAR!”), she’s also pivotal in the final series of puzzles that stand between Harry and Lord Voldemort.

Read the full article at TotalFilm.com