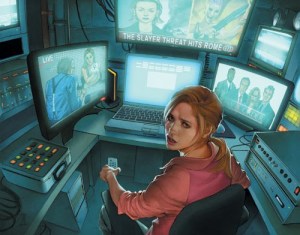 A couple of weeks back I began thumbing my way through Buffy’s comic-bound season eight. Needless to say, I consumed Volumes 1-3 like I’d not eaten for a month (c’mon, the seventh season finale was way back in 2003, and now I suddenly feel very old). Despite wolfing those first volumes down in a handful of sittings, I didn’t get indigestion – instead I reverted back to the Buffy junkie who’d been starved of a good meal for eight years. A quick Amazon order later and Volumes 4 and 5 had landed on my doormat… 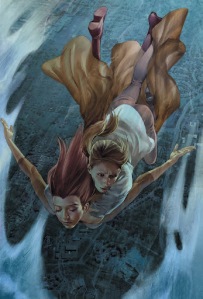 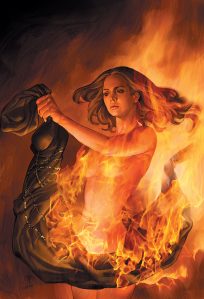 And that brings us right up to the end of Vol 5. Without getting too gross and fanboyish about it, Whedon and co should be commended for managing to retain the essence of Buffy in comic form, even though they’re playing in a whole new sandbox.

Free from the 40-minutes-per-episode format, they’ve fully embraced the comic-book medium, effectively mixing one issue stories that fit into the greater arc (‘Safe’) with multi-issue stories (‘Time Of Your Life’). If anything, Buffy could even work better in comic form – one notable plus is that it gives the writers freedom to devote an entire issue to a character who might otherwise get short-changed by a TV episode.

Now if anybody needs me, I’ll be waiting Scott Pilgrim-like by my letterbox for Volumes 6 and 7 to drop into my life. Until next time…